Bringing Liberty to the Iraqi People 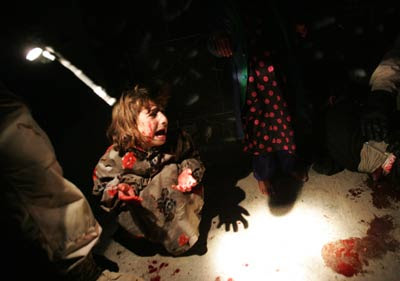 At his coronation today the Mad King went on and on about liberty and how the United States would bring it to the rest of the world. This week an embedded journalist showed the world that Iraqis now have the freedom to be shot to death if they drive down the wrong street.

The young girl in the photo saw her parents gunned down by itchy fingered U.S. troops. You know, the ones we are supposed to support without question. This child is just one of thousands who would probably disagree if you told them they were better off without Saddam.