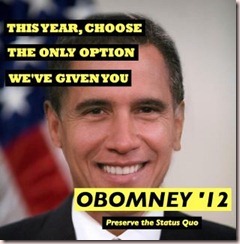 Pretty much says it all.

In Praise of Tim Thomas

Two days ago I had never heard of Tim Thomas. It turns out he is a professional hockey player, a member of the reigning Stanley Cup champion Boston Bruins.

When the Bruins were invited to the white house for the standard champion’s photo opportunity with the president, Thomas demurred. He made this statement explaining his decision.

“I believe the Federal government has grown out of control, threatening the Rights, Liberties, and Property of the People. This is being done at the Executive, Legislative, and Judicial level. This is in direct opposition to the Constitution and the Founding Fathers vision for the Federal government. Because I believe this, today I exercised my right as a Free Citizen, and did not visit the White House. This was not about politics or party, as in my opinion both parties are responsible for the situation we are in as a country. This was about a choice I had to make as an INDIVIDUAL.”

Thomas has won few fans outside of his obviously tea partyish world. He has been called selfish, bush league, un-American, spoiled, petty, unpatriotic and a bad example of esprit de corps. My first observation was that Obama lovers had gotten themselves into yet another collective snit because someone doesn’t love their idol. I responded with a shrug of the shoulders and a determination not to be upset about the decision of a NHL goalie who I didn’t know existed until the story broke. I even called him a “loser” on my twitter page.

I now think that Thomas deserves some credit for his decision. Most people may rage against a particular president, threaten to leave the country because of his election and never pass up an opportunity to point out that person’s deficiencies. But if presented with an opportunity to visit the white house, how many would actually turn it down?

My issues with Obama are nothing like Thomas’s, but I would turn down a chance to visit the white house too, unless I had an assurance that I could dispense a piece of my mind. Despite what critics have said, no one has to “respect the president.” I don’t respect anyone who makes it to the oval office for the simple reason that having done so is proof of some serious evil doing.

Thomas made a principled decision based on his political beliefs. He and I probably don’t agree on anything and if I had to go out on a limb, I would say that he probably wouldn’t like me for the simple reason that I’m not white.

Even so, he doesn’t have to like Obama. It is fine if he doesn’t want to meet him. When Obama attacks Iran, no one of conscience should want to meet him either, but somehow I doubt that he will miss any dinner guests. Liberals will still flock to rub elbows with him, despite his war criminal status.

Unless Tim Thomas has sent drones to kill people, invaded countries and bailed out banksters, by comparison he isn’t such a bad guy anyway.

I could go on and on, but I have just one question. Am I now allowed to say that Israel controls America? Because if the Obama campaign can produce this masterpiece of propaganda with one clear audience in mind, I and every other anti-zionist should be free to state the obvious.

Zionists and their money control our political process. There I said it. The end.
Posted by Freedom Rider at 3:56:00 PM

Why Israel is Killing Iranian Scientists

These mourners at the funeral of Iranian scientist Mostafi Ahmadi Roshan know who to blame for his assassination. Israel is probably behind this murder and that of four other nuclear scientists in Iran. The goal is simple. First, those scientists will be too afraid to do their work, secondly, Iran may be goaded into firing the first shot. Israel also gets to yank Obama's chain, something they love doing to American presidents. Not that they have to, the U.S. is on board with their plans, but why not stick in the knife and twist it just to be sure.

I don't know what to say about the upcoming war. I don't say that casually, the thought brings me to tears. But it is clear that no one is going to stop the U.S., Israel and perhaps Britain, as they work together to attack Iran. Our only hope, and by us I mean all of humanity, is for Iran to be able to fight back. Hopefully it is the can of whoop ass that I hope it is, and Russia will not take kindly to its neighbor being attacked. If Americans have to pay more for gasoline they may even protest a little bit too.

Who am I kidding? Sorry, I couldn't help but fantasize. 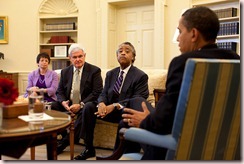 Here is a photo of the evil doers. See my post from two days ago. 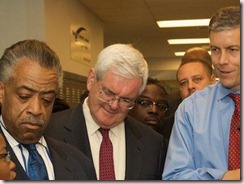 NYPD Arrests for Feet on a Seat

In my most recent column in Black Agenda Report, I wrote about the New York City police department’s use of “stop and frisk” to harass black and latino New Yorkers. Approximately 700,000 people,  few of them white, will be stopped and searched by the police this year, and for no lawful reason. I was going to say no good reason, but as my colleague Glen Ford points out, the reason is good in Mayor Bloomberg’s eyes.  Black people will get out of the city altogether if they are harassed enough.

In today’s New York Times, I read that 1,600 people were  actually arrested last year for putting their feet on a subway seat. They are arrested, not just summonsed, and they spend hours or perhaps days in jail. One man, Abdi Omar, was sent for psychiatric evaluation when he refused to be finger printed without proof of the warrant that police claimed he had.  As I read this story I wondered if I was living in 21st century New York or Mississippi fifty years ago.

As I pointed out in my column on stop and frisk policies, the only solution to this outrage is a political change. None of the candidates for mayor should get black votes without a promise to end police state tactics. It will be a very difficult fight, but this is a bright line issue, and no amount of pleading for democratic party unity or putting a black person in office should keep this issue off the table. No justice, no votes!

Can I Keep My Bowl Name Please?
In my sports loving family I grew up watching the Rose Bowl, Cotton Bowl, Orange Bowl, and Sugar Bowl among others. Those games signified the end of the college football season and crowned the best teams in the country. Of course everyone still argued about whether rankings truly indicated the best teams or whether or not there ought to be a playoff system to end these debates once and for all.
Now we not only have a slew of inferior bowl games but even the old time games have been christened with corporate names. The Allstate Sugar Bowl, Discover Orange Bowl, and ATT Cotton Bowl will all be played this week. If that isn't awful enough, we have bowl games which exist only for the purpose of advertising products, some of which the world would be better off without. Don't believe me? Why is there an Outback Bowl, a Capitalone.com Bowl, and a Chick-fil-A Bowl? You can see the list of infamy here.
I suppose this is yet another sign of the last stage of capitalism but it truly sickens me that we lose what little is left of our popular culture because corporations spare nothing in promoting their products and services. College football is not alone. Several years ago the New York City Marathon became the ING New York City Marathon. Yes, that is the official name. I suppose the marathon no longer belongs to the people of this city, it belongs to ING or whomever the future deep pocketed corporation turns out to be.
Of course college sports is all about the money, but in this horrific era there is not even a pretense that anything else matters or that we shouldn't mind giving up the things we always loved to corporate branding. If there were thrilling games in the Rose, Cotton or Sugar bowl, we remember that name, will we now have corporate names in our memories too?
It is like some horrible dystopian post apocalyptic nightmare. But then again I guess that is where we live now. We no longer have the rights to our own memories and to the things we love. If it can be branded it will be branded, and f*ck anyone who won't go along peacefully.
Happy 2012!
Posted by Freedom Rider at 11:08:00 AM