It is all great binge watching. You can see my panel with David Cobb, George Martin and Meleiza Figueroa starting at 1 hour 53 minutes on the youtube video above. We discussed resisting white supremacy and fighting for racist justice. The first step in doing any of those things is to reject the democrat party, which is where movements go to die.

I'm very grateful to have had this opportunity. You can catch all of this on Jill Stein's facebook page too. 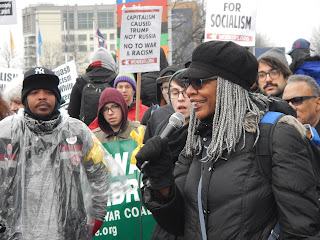 "I was beaten bloody by police officers. But I never hated them. I said, 'Thank you for your service.' "
Congressman John Lewis

I certainly hope that the phrase "civil rights icon" is soon retired once and for all. This flowery moniker has become the property of Georgia congressman John Lewis. Lewis was among the young people who fought against America's apartheid in the jim crow south in the early 1960s. He did risk his safety and his very life on the freedom rides and when he was beaten by police while crossing the Edmund Pettus bridge in the march from Selma to Montgomery. He spoke at the 1963 March on Washington and was the chairman of the Student Nonviolent Coordinating Committee (SNCC).

His bonafides are solid but do they give him a lifetime dispensation from critique? I answered in the negative in my Black Agenda Report column, No Tears for John Lewis. Lewis has been a congressman for nearly 30 years and he is little more than a democratic party hack. Like the rest of the Congressional Black Caucus he belittled and lied about Bernie Sanders in the effort to defeat him and make Hillary Clinton the democratic party nominee. He dismissed Sanders history in the movement and he sneered at his signature plan to make college education free and end the toll of student indebtedness.

Of course anyone called an icon can get away with uttering nonsense. Lewis has joined the rest of the black misleaders in claiming that the Russian government interfered with the presidential election. Lewis said that this unproven assertion alone rendered Donald Trump illegitimate as president. Mind you he didn't say that losing the popular vote made him illegitimate. Instead the democratic party trope and excuse for ignominious failure makes the case for legitimacy.

Trump was too stupid to leave the comment alone or to be gracious. He lashed out at Lewis in typical Trumpian style and claimed the congressman's district was "crime infested." The liberal hand wringers had a field day turning the mediocre representative into a perpetual hero. It was all to much for me and so I had to write about it. And then of course I talked to Don DeBar about it on CPR News and we had a great conversation as we do every week.

It will be a long four years if every target of a Trump tweet is elevated to sainthood.
Posted by Freedom Rider at 12:03:00 AM

Yesterday I was among the speakers at the Black is Back Coalition (BIBC) rally for self-determination in Washington DC. It was a great event with informative speakers such as Omali Yeshitela, Glen Ford, Nellie Bailey, Kamm Howard, Diop Olugbala, Yeshide Orunmila, Zaki Baruti, Khalid Raheem, Lisa Davis and performances by M1 of Dead Prez and Lucy Murphy.

Watch this video if you want to know why Donald Trump won or what we must do in response to fight him and the democrats. Of course you don't have to sit down for five hours. Take your time. My remarks start at about one hour and ten minutes into the program.
Posted by Freedom Rider at 9:05:00 AM 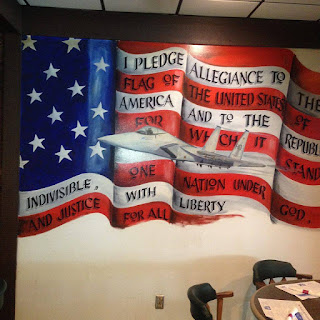 Black is Back Coalition Rally for Self-Determination

On Saturday, January 14th I will be among those speaking at the Black is Back Coalition rally in Washington DC. The event will be held at Howard University's Blackburn Center. In November we approved a 19-point agenda for black self determination at that same venue.

Black Agenda Report is a founding member of the Black is Back Coalition and I look forward to every opportunity I have to interact with our friends and comrades. Glen Ford, Omali Yeshitela, Charles Barron, M1, Kamm Howard, Nellie Bailey, Marsha Coleman Adebayo, Gazi Kodzo and others are among the speakers.

Please attend and support this important event.
Posted by Freedom Rider at 10:11:00 PM

Black Agenda Report and CPR News: Contradiction in the Time of Trump

Don DeBar and I returned to present your Thursday Fix. The contradictions are becoming more acute all over the world and are playing out in our presidential transition. My Black Agenda Report column, Contradiction in the Time of Trump, was the topic of discussion. Listen to it here.
Posted by Freedom Rider at 9:45:00 PM

Don DeBar and I start the new year off right. We talked about my latest Black Agenda Report column, Obama's Propaganda Gift to Trump. Barack Obama used the National Defense Authorization Act (NDAA) to establish a Global Engagement Center, an official propaganda arm of the U.S. government. There is no pretense of democracy in this country. Nor is there any disagreement between the two parties when an opportunity presents itself to stifle dissent and empower neo-liberal and imperial schemes. Please read my column and listen to Don and me here.
Posted by Freedom Rider at 9:31:00 PM

I knew this was coming. The wave of Russophobia among the elites and the corporate media knows no bounds. I was wondering when this history would be resurrected.

It is well documented that Red Army soldiers were responsible for thousands of sexual assaults as they invaded Germany in 1945. I'm not disputing this fact and I'm certainly not defending it. But I find it interesting what the American media choose to report and when they choose to report it.

Enslaved black women were raped routinely throughout the United States, Caribbean, Central America and South America over the more than 200 year history of slavery. How many indigenous women were raped by conquistadores and pilgrims? I'm sure that number is equally enormous.

Let's look at America's 21st century gulag, the mass incarceration system. Men and women are routinely sexually assaulted and more often by prison personnel than by other inmates. I could go on but I find it odd that when Americans want to make a case against someone they immediately talk about rape, as long as it happened somewhere else on the planet.

Frum is a confirmed neo-conservative and senior editor of the Atlantic. Like all members of the Washington elite and the war party he is a die hard Russophobe. It is no wonder that he resurrects this book published in 2002.

Why now? That should always be the question. The tweet not only highlights a story I doubt Frum is really interested in but has the value of mocking the Russian effort in Syria. That is my issue with this subject being raised now. Every Russian move is denounced and dismissed, lies are told as truth and crimes of 70 years ago are suddenly found worthy of attention. If Russia was America's friend this history would be kept hidden. But Putin is successfully pushing back against U.S. hegemony and that is why he has been declared an enemy. Every bad chapter of his nation's history will suddenly get renewed attention.

Making fun of Putin for riding shirtless on a horse didn't keep him from stopping the regime change plot in Syria. Neither did falsely claiming that he interfered in the presidential election. So now the corporate media will suddenly tell us about rapes in Berlin in 1945. That wouldn't bother me if I thought the retelling came from any honest concern about the past or about brutality committed against women.

The British, French, Spanish, Dutch, Portuguese, Belgians and Germans committed crimes against humanity all over the world. But those crimes are swept under the rug because they were committed against black and brown and yellow people.

Let David Frum write about that.