Do you love what we do at Black Agenda Report? Of course you do. Put something in the tip jar. Donate button is on the upper right hand corner of every page. Thanks everyone.
Posted by Freedom Rider at 5:32:00 PM

Interview on This Is Happening on KPFK

I enjoyed appearing on KPFK's This is Happening with host Jerry Quickley. I start at about 6 minutes 35 seconds.

Did you listen to Black Agenda Radio this week? Don't miss out. Hear what Glen Ford, Nellie Bailey, Omali Yeshitela, Ajamu Baraka, Takiyah Thompson and yours truly have to say.

Guest on Freedom is a Constant Struggle

I had a blast talking to Kiilu Nyasha about a variety of topics, most of which were subjects in my recent columns.
Posted by Freedom Rider at 8:06:00 PM

Trump and America are White Supremacist

Glen Ford and I discussed my most recent Black Agenda Report column Trump and America are White Supremacist.
Posted by Freedom Rider at 11:14:00 PM 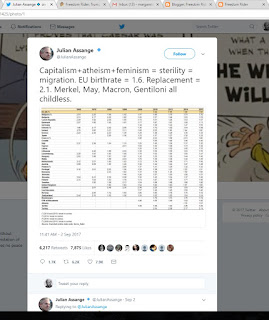 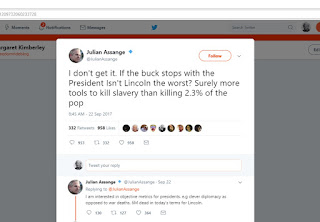 In my latest Presstv interview I discussed protests against
police brutality in St. Louis and throughout the country.
Posted by Freedom Rider at 9:58:00 AM 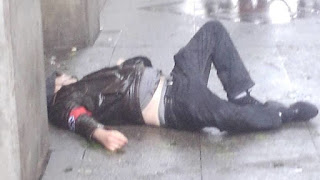 In general I have ignored the questions about punching Nazis. But if you are walking around with a Nazi armband a beat down is well deserved. I have seen many stories about this incident which took place in Seattle.  The Root has the best and funniest report.Unfortunately the video is no longer available but the photo is worth 1,000 words.

I appeared on Presstv last night to discuss the Deferred Action on Childhood Arrivals (DACA) program.
Posted by Freedom Rider at 1:18:00 PM

Because Assad is Winning

My column in this week's Black Agenda Report is entitled "Assad is Winning." The recent Syrian Arab Army victory in Deir Ezzor was just the latest indicator that the United States backed jihadists are on the run and that is very good news indeed. The people of Deir Ezzor certainly think so as they celebrate their government's victory.

The story of sexual assault bears further inspection. It strikes me as being similar to tales of Iraqi soldiers tossing Kuwaiti babies out of incubators or Gaddafi giving his soldiers viagra. The Syrian Observatory for Human Rights, one man living in the U.K., is a part of this story as are others among the usual suspects supportive of U.S. backed regime change.

As for the Intercept, the story is is particularly disappointing. Essentially a couple of American crackers said they like Assad and presto! We have proof that the Syrian government is a hotbed of redneckdom. Moon of Alabama discusses mistranslation of an Assad speech which is used to bolster an anti-Syrian screed.

It is quite shameful that even those allegedly on the left support American imperialism. The regime change plot failed but the U.S. won't give up easily. So sad that there are willing helpers to a crime committed against an entire nation. But don't be surprised. This sorry spectacle won't end anytime soon.
Posted by Freedom Rider at 4:51:00 PM