Every year Iranians, Kurds, Afghans, Iraqis and others celebrate the first day of spring as the new year. Unfortunately for all of those people, since 2009 the Nowruz celebration is marked by a phony greeting from president Obama. He will start killing Iranians as soon as he finds it convenient, but part of his scam is to look like the nice guy.

I do wish we had a dumb president who was easily dismissed. Mr. Blood Thirsty, smarty pants, nobel peace prize winner really gets on my nerves.

I send a happy new year greeting, but I'm not going to kill anybody.
Posted by Freedom Rider at 10:51:00 PM

Today is the beginning of the Persian new year. Nowruz begins on the first day of spring. Kiss an Iranian today! 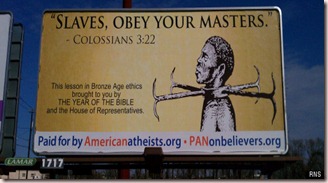 “I would have so liked to see an obvious madman at the helm of the national pirate ship, instead of a high-functioning sociopath who appears, superficially, to be a human being, and lends the whole mad and evil project a certain factitious gloss of reasonableness.” – Michael Smith

The 1% are laughing themselves silly. While they continue to steal the rest of us blind, and destroy the planet, democrats are having pissing matches with the likes of Rush Limbaugh because he called a college student a slut. The people and corporations at the top could give a rats butt about abortion or birth control because the two major parties do their bidding, even as they fight over social issues.

As I pointed out in my weekly Black Agenda Report column, republicans are taking extreme positions on abortion and birth control because Obama has stolen their thunder. As Ben Stein said, he is the perfect republican candidate. He has agreed to republican austerity measures, destroyed Libya, killed American citizens at will, and plans more war for Iran and or Syria. Instead of protesting these outrages, liberals get the pants in a twist over Rush Limbaugh. The divide and conquer strategy which keeps the status quo, very much status quo, is alive and well.

No, I wouldn't want Rush Limbaugh to call me a slut or a prostitute, but seriously people, the bail outs continue, unemployment numbers have improved only because millions are no longer counted in the numbers, and we spend time thinking about Limbaugh?

If he didn't exist, we would have to invent him. I have joked that Obama pays Limbaugh, Palin and company to make racist or sexist or stupid remarks, because everyone stops questioning him in order to defend him from the barbarians.

Here is the real question which should be on everyone's mind. Will Obama attack Iran before or after election day? Ponder that and ignore Rush Limbaugh.

Obama's phone call to the parents of the aggrieved young woman is all the proof one needs. The 1% get theirs, and we get political theater because the economic elite are in cahoots with both parties and the corporate media never point this out.
Posted by Freedom Rider at 4:47:00 PM