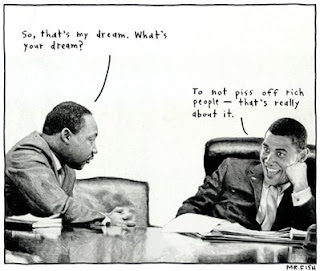 Liberals Get Their Groove On

“Jared Loughner gave liberals something they desperately needed: a political distraction, and as an added bonus, a platform from which to proclaim their superior values. They haven't had such a gift since Oklahoma City. Prizes like this are rare, and liberals will rub it out long after the coating's worn off, cheap tin exposed to toxic air.” – Dennis Perrin

I wrote a post about the shooting of Congresswoman Giffords in Tucson, Arizona. I later deleted it because I didn’t think I made any points that millions of other people hadn’t already.

Yes, Arizona is a hell hole at the center of right wing nut land. Yes, Gabrielle Giffords was targeted for defeat by Sarah Palin and other tea partiers who are just shy of a diagnosis of psychosis.

But our entire country is a hell hole. Obama lovers are as guilty as tea partiers of being blood thirsty. Our president says he can kill citizens and liberals and the courts say he is right. Because he is from the right side of the elite tracks he can kill indiscriminately and still get a nobel prize for peace. Meanwhile, babies in Fallujah, Iraq are being born with birth defects because of America’s chemical weapons and none of the snooty liberal class can manage to utter one word against this continuing terrorism.

The real story is that there is no story,  only a change in political fortune for Sarah Palin, who is pretty much toast as a presidential candidate. Obama is sitting pretty. His worshippers love him even more, and will do even less to oppose his terrible policies. We used to say that Ronald Reagan had teflon, but he had nothing on Barack Obama, who is now in the cat bird seat because of a schizophrenic college dropout in Tucson.

You wouldn't know it if you only read the corporate media, but Georgia prison inmates recently went on a work strike to protest lack of medical care, abuse, and slave labor.

The United States has more of its population behind bars than any other country on earth, and the worst punishments are meted out to black people. We have The New Jim Crow and it has been privatized. Prisoners are just another commodity, cogs in the system's wheel. New York State is no different. Women at the Bedford Hills prison work for the Department of Motor Vehicles and can make up to $1.14. Up to? That means some make even less.

Mass incarceration is one of the worst injustices taking place in this country. Please pay attention to this story and spread the word as much as possible.
Posted by Freedom Rider at 7:37:00 PM