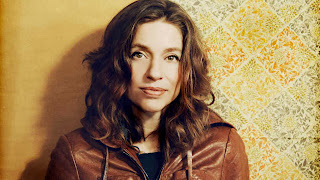 “The second mention of slaves came when the guide spoke of the ingenuity that Mr. Randolph displayed when he developed an intricate bell system which rang in different tones so that the slaves would know exactly which room they were needed in. The last mention of slaves on the one-hour tour came when the guide described the “whistling way.” This was the path that led from the outside kitchen to the dining room. As the guide noted, Mr. Randolph ordered his slaves to whistle while they walked along the path in order to ensure that they were not eating or spitting on any [sic] the family’s food.”

About 24 hours ago I was sitting at home thinking about the new year and minding my own business. Well, truthfully I was bored and that leads to indulging in my social media addiction. Social media can lead to further boredom, new and valuable information, or foolish drama. I ended up learning about a drama which actually did turn out to be illuminating. Read on.

While on facebook I saw that my friend Marc Polite posted something intriguing.  Two weeks ago Ani DiFranco, a feminist, bi-sexual, anti-racist, left wing, singer/songwriter, had announced that she was hosting an event called Righteous Retreat which would be held at the Nottoway Plantation in Louisiana.

Louisiana plantation? Uh oh. Black feminists and many others were quite rightly angry and as happens nowadays a facebook kerfuffle ensued. One white DiFranco fan decided to defend her idol under the disguise of  black womanhood. Yes, a white woman pretended to be black so that she might make a more pervasive case. She even called herself LaQueeta. Oh yeah, it has been a hot mess.

The story certainly piqued my curiosity. While doing my investigatory due diligence on facebook and twitter I discovered many things. Nottoway Plantation is not just a resort. Its antebellum owners held 155 people in chattel slavery as they harvested sugar cane. It is now a slavery theme park, complete with books extolling the virtues of the confederacy, the peculiar institution, and white supremacy.

“The gift shop cashier kept eyeing us suspiciously. Then we noticed the books for sale. The collection included books such as When the South was Southern by Michael Grissom, The South was Right by James and Walter Kennedy, Myths of Slavery by Walter Kennedy and Bob Harrison, and Memories of a Southern Woman of Letters by Grace King.”

Episodes such as this tell us a lot about who people really are.  The Righteous Retreat was also to have featured Toshi Reagon. Ms. Reagon is also an accomplished musician and as a black woman found herself in a difficult position. She attempted to explain herself via a facebook post called Plantations and frankly she should not have bothered.

“We know we are connected to a world economy that is based on the exploitation of workers many of whom are children, but a lot of us still have smart phones, computers, clothes on our backs, new sneakers, etc...”

It is true that we cannot live without some connection to exploitation on this earth, but that doesn’t excuse blithely supporting an institution which was the location of endless atrocities and which celebrates those atrocities to this day.  Nottoway is a no go and there is no getting around it.

Aside from wishing she had done her homework, it isn’t clear what Ms. Reagon is saying. I don’t know what it means to be in dialogue with where she is but I definitely know where Louisiana is. Nottoway was in the belly of the beast. New Orleans had the largest slave market in the country and as such was the epicenter of evil. That can’t be wished away with meditation and verses of kumbaya.

Today Ani DiFranco announced that she was cancelling the retreat and in so doing should have ended her misery and the controversy. But Ms. DiFranco obviously succumbed to pressure and not to conscience. She didn’t really understand why she shouldn’t have chosen Nottoway in the first place or why so many people were so angry for the past two weeks. She was also angry because complaining colored people foiled her plans.

“when i agreed to do a retreat (with a promoter who has organized such things before with other artists and who approached me about being the next curator/host/teacher), i did not know the exact location it was to be held.”

And also like Ms. Reagon, she didn’t ask enough questions. (Apparently getting information about the venue was not a big issue for anybody.) DiFranco went on to say that she didn’t see what the big deal was and she didn’t understand why colored people were so upset.

“i did not imagine or understand that the setting of a plantation would trigger such collective outrage or result in so much high velocity bitterness. i imagined instead that the setting would become a participant in the event. this was doubtless to be a gathering of progressive and engaged people, so i imagined a dialogue would emerge organically over the four days about the issue of where we were.”

Pity the poor do-gooder white person. Bitter black people just won’t let them get their groove on and dialogue about the distant mists of time.

So just say “Om,” as you strum your guitar and the bad ancestral memories will disappear. Voila! How very white of you.

“i know that the pain of slavery is real and runs very deep and wide. however, in this incident i think is very unfortunate what many have chosen to do with that pain.”

My response is simple. It is none of her business how anyone chooses to express their pain. If black people are mad get over it Miss Anne, I mean Ani.

“i also planned to take the whole group on a field trip to Roots of Music, a free music school for underprivileged kids in New Orleans. Roots of Music is located at the Cabildo, a building in the French Quarter which was the seat of the former slaveholder government where all the laws of the slave state were first written and enacted. i believe that the existence of Roots of Music in this building is transcendent and it would have been a very inspiring place to visit.”

Black people really need to shut up. She was going to do a poor ghetto child tour and get all transcendent.
I know so many conscious white people but this incident proves there are precious few of them. When push came to shove, Ani DiFranco was self centered and petulant, whining because black people questioned her intentions.  Whatever else can be said of her, Ani DiFranco chose sides and she chose to be a white person before she was a feminist or non-racist or whatever else. She should have done a quick mea culpa and called it a day but she didn’t do that because she wanted to hang on to what she considered the rightness of her decision and her whiteness too.

“maybe we should indeed have drawn a line in this case and said nottoway plantation is not a good place to go; maybe we should have vetted the place more thoroughly. but should hatred be spit at me over that mistake?”

Well, Miss Ani, the answer to that question is yes. The fact that you even asked means that the answer is yes.
Posted by Freedom Rider at 11:32:00 PM