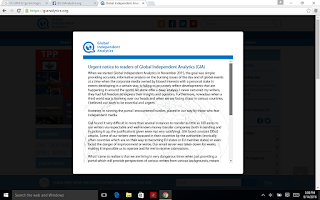 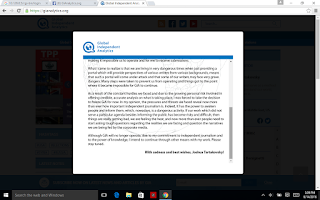 I wrote two pieces of commentary for the website GIAnalytics. The first was called The 21st Century Slavocracy: Why Black Lives Don't Matter on December 15, 2015 and  Hashtags Won't Stop Police Murder on January 19, 2016.

Today editor Joshua Tartakovsky announced that GIAnalytics is "on hold" for now. Too bad but you can still access articles. This site is a great resource of commentary from around the world. Hopefully it will return.
Posted by Freedom Rider at 3:32:00 PM