The Globe seems to think so anyway. Will the New York Times write about the marriage of the current White House occupants? Frankly, I don't care about the state of the Bush marriage, but if the Times is going to use 2,000 words worth of newsprint to tell us how often Bill and Hillary see each other, they can tell us that George and Laura may not be speaking and that he may be hitting the bottle once again. Actually, I never thought that he ever stopped drinking, but that is another story.

Thanks to Media Matters for the scoop. At times like this I am reminded of the running joke in the Men in Black movies. The New York Times can't be trusted, but the tabloids can.

Who knew? According to the web site Christian Shirts, the God of this World, Beelzebub, Prince of Darkness, Lord of the Flies, the Devil, is pro-choice and canvassing for votes.

I thought the Evil One was pro Bush. In any case, I have come up with another t-shirt slogan.

That is a shir every Christian should own.

Every one wants a little validation every now and again. Common Dreams gave me a pat on the back today when they linked to my latest commentary in Black Commentator. My subject was Tony Snow and his "tar baby" remark. Thanks very much Common Dreams. 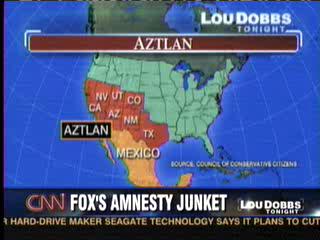 It is high time that the racism inherent in the anti-immigrant argument was called what it really is. It doesn't matter if CNN and the rest of the corporate media want to normalize and validate hate speech.

Former Enron chieftains Ken Lay and Jeff Skilling are guilty. Actually, we have known that for some years now, but a jury made it official. Thank goodness for a little justice. On second thought, let's wait until they are sentenced before we rejoice.

Why Bush Will Nuke Iran

People like Senator Byrd now are talking about impeachment. But Bush is too fast for us -- he will nuke Iran before any hearings on his high crimes and misdemeanors can take place.
Dr. Justin Frank

Dr. Justin Frank is a psychiatrist and author of "Bush on the Couch: Inside the Mind of the President." Frank has studied Bush's life, his words and most importantly his deeds and reached terrifying conclusions.

Our president is a deeply disturbed man, a dry dunk who is incapable of feeling empathy. According to Frank, Bush needs to have limits set on his behavior, but no one has done that. The president will conduct a nuclear test in Nevada on June 2nd and the press and the Congress have said little if anything about it.

As his approval ratings tank and talk of impeachment grows, Bush will become more dangerous, not less so. Frank predicts, and I have long believed, that he will attack Iran as opposition to his administration grows and becomes more coordinated.

I missed the march in New York City on Saturday, but I was able to attend an interfaith service sponsored by Clergy and Laity Concerned About Iraq. Poet Drew Dellinger was among the speakers. In one of his poem Hieroglyphic Stairway Dellinger says that his descendants come to him in dreams and ask him these questions.

One of the things we should all do is set limits on the insane people who will bring this country to destruction if we fail to act.