Just when I begin to think that my web surfing and social media usage are time sucking addictions, I sometimes find out something very useful from these activities. Hence the addiction. Bear with me as I weave a tale of privilege and how white people can get away with doing terrible things without risk to their lives or careers.

First, let's observe how black people are treated when they do things they should not. Janet Cooke was a Washington Post reporter who fabricated a story about a child drug addict in 1981. Unfortunately for Cooke, the story won a Pulitzer prize. She was fired and never worked as a journalist again. Jayson Blair was a New York Times reporter. He fabricated stories and was fired in 2003. He has not worked as a journalist since that time. As I said, Cooke and Blair are both black.

Eichenwald was forced to leave the Times but he went on to Newsweek and to Vanity Fair. He has also been a contributor to MSNBC. The child sex scandal was a bump in an otherwise successful career.

In 2016 Eichenwald libeled Bill Moran, then a reporter at Sputnik News. Moran was reporting on the DNC email hack and mistakenly attributed an Eichenwald quote to Clinton ally Sidney Blumenthal. He realized his mistake within 20 minutes and deleted his post. But in the fast world of the internet it was still too late. Donald Trump quoted the incorrect information at a rally that very day. Eichenwald and Newsweek claimed that Moran's error proved a link between Trump and the Kremlin. Eichenwald retweeted what Moran himself admitted was a mistake more than 37 times. Newsweek and Eichenwald continued to use Moran's mistake as proof of a Trump/Kremlin connection even though they knew the story was reported as false almost immediately.

Moran lost his job at Sputnik. In a series of emails Eichenwald threatened Moran if he went public but sweetened the deal with an offer to help him find another gig. As I said, the child sex scandal didn't hurt Eichenwald. He still had connections to offer up.

Unfortunately for Eichenwald, Moran is also an attorney. He represented himself in court and succeeded in getting a settlement from Newsweek.

It appears that Eichenwald is no longer at Newsweek. He doesn't mention it on his twitter profile. He still lists himself as a contributing editor at Vanity Fair however.

So I'll just cut to the chase. White people can get away with a lot and never pay a price. Eichenwald has apparently departed Newsweek but I'm guessing he didn't leave empty handed.

And that my friends is what white privilege is all about.

Stanislav Lisov is a Russian citizen who was arrested in Barcelona, Spain earlier this year. But the arrest warrant did not come from Spanish authorities. He was wanted by the United States. American prosecutors are going to great lengths to capture Russians charged with cyber crimes. Lisov is among those accused of running multi million dollar bank, credit card and identity theft schemes.

Roman Seleznev is another unlucky Russian who fell into the hands of the American prosecutors. In 2014 he was visiting the Maldives, an Indian ocean nation with no extradition treaty with the United States. But officials there cooperated with Americans and snatched him from the airport before he could enter that country. He was sent to San Francisco to face charges, was convicted and recently sentenced to 27 years in prison.

There is a long list of Russians who have been arrested by the United States if they leave their country. They have been captured and transported to the United States from the Maldives, Finland, Thailand, Czech Republic, Norway and now Spain, which recently granted the U.S. its request to extradite Lisov.

It is very suspicious that at the moment when the United States is most hostile to Russia that its citizens accused of theft would be treated so harshly and with such determination. The Unites States has the biggest prison system in the world, with more than two million people incarcerated. It is known for its draconian sentences, prosecutorial misconduct and a system weighted heavily against defendants.

If these cases are worthy of prosecutions a country other than the United States should carry them out. America's motives should always be suspect, particularly now that Russia is accused of interfering in the recent presidential election. That nation and its president, Vladimir Putin, have been demonized to an extent not seen in recent history. It is difficult to believe that suddenly individuals accused of even large scale theft would suddenly be pursued with such ferocity.

American bankers committed vast crimes when they created the 2008 financial collapse. But they went unpunished. Why is it now so important to catch Russians accused of crime? The answer is obviously political. These people are being used to punish their nation because it refuses to be subordinate to the United States, which continues its provocations against the Russian government.

Associates of Bill Clinton admitted to interfering in Russia's elections in favor of Boris Yeltsin in 1996. Since that time the United States has expanded NATO, unilaterally withdrawn from a missile defense treaty, instigated a coup in Ukraine and attacked Syria, a Russian ally. It is difficult to believe that there is no political motivation for these arrests.

Unfortunately the propaganda has been successful. Russians are assumed to be evil and guilty and there are few Americans knowledgeable enough to call attention to these questionable prosecutions. If the United States had not declared their nation an enemy the crimes they are accused of committing would be ignored. At the very least  another solution would have been worked out at high diplomatic levels. But Lisov and others are pawns in a political struggle.

These prosecutions are highly politicized and of dubious value. Given the nature of the U.S. criminal justice system and the level of  hostility between the two nations, these prosecutions should be stopped and these individuals should be returned to their country.
Posted by Freedom Rider at 5:22:00 PM 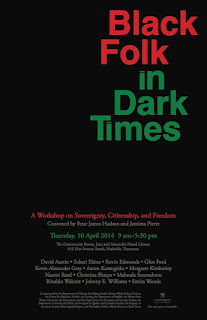